10 days after my mom died I was released from the hospital. Part of me wanted to stay forever knowing that the weight of her murder hadn't hit me yet. I was safe and medicated there. The other part of me was happy to be out and attend the funeral without having to have machines attached to me to make my lungs work. I actually can't remember many of the details about getting released and the days following, especially the viewing and funeral. What little I remember I hardly ever think about.
I had to go shopping to get clothes for the funeral since my things were all packed in boxes and some still at the house where she was murdered. I got my nails done since my last manicure now had caked blood. It was very sad because before that I had always gone with my mom, and to one certain nail salon. I remember wondering if  the people who worked at that nail salon saw her in the newspapers and realized what happened. I remember wanting the world to stop, but it never did. Everyone kept going.
I had so many mixed feelings about seeing her body. It was the first time I saw her since that night, and it would be the last time I saw her for the rest of my life.June 28, 2006. I didn't know if I had the strength to see her.
When I arrived it was the private family viewing time. Once I saw the casket open I was drawn to her, I had to go see. The sight of her body took my breath away. I knew she was dead but I didn't really KNOW it until that point.
I tried to pick out her outfit but nothing I picked would work and I realized now that it was probably because of all her stab wounds. Everything was covered except her face. The one thing I wanted to see and touch were her hands, but there were gloves covering them. Overwhelmed and heartbroken are understatements. There are no words, just tears.
Once it was the public viewing time I sat there watching people walk in , "I will remember you" by Sarah McLachlan was playing on repeat. I wanted to find a more original song but I didn't have time, and I didn't really care. No song would do my mom justice anyway. My mom was wearing half of a heart necklace that said "Daughter" as I had asked, and I was wearing the other half. By the end of the service there were a few other cross necklaces placed on her. 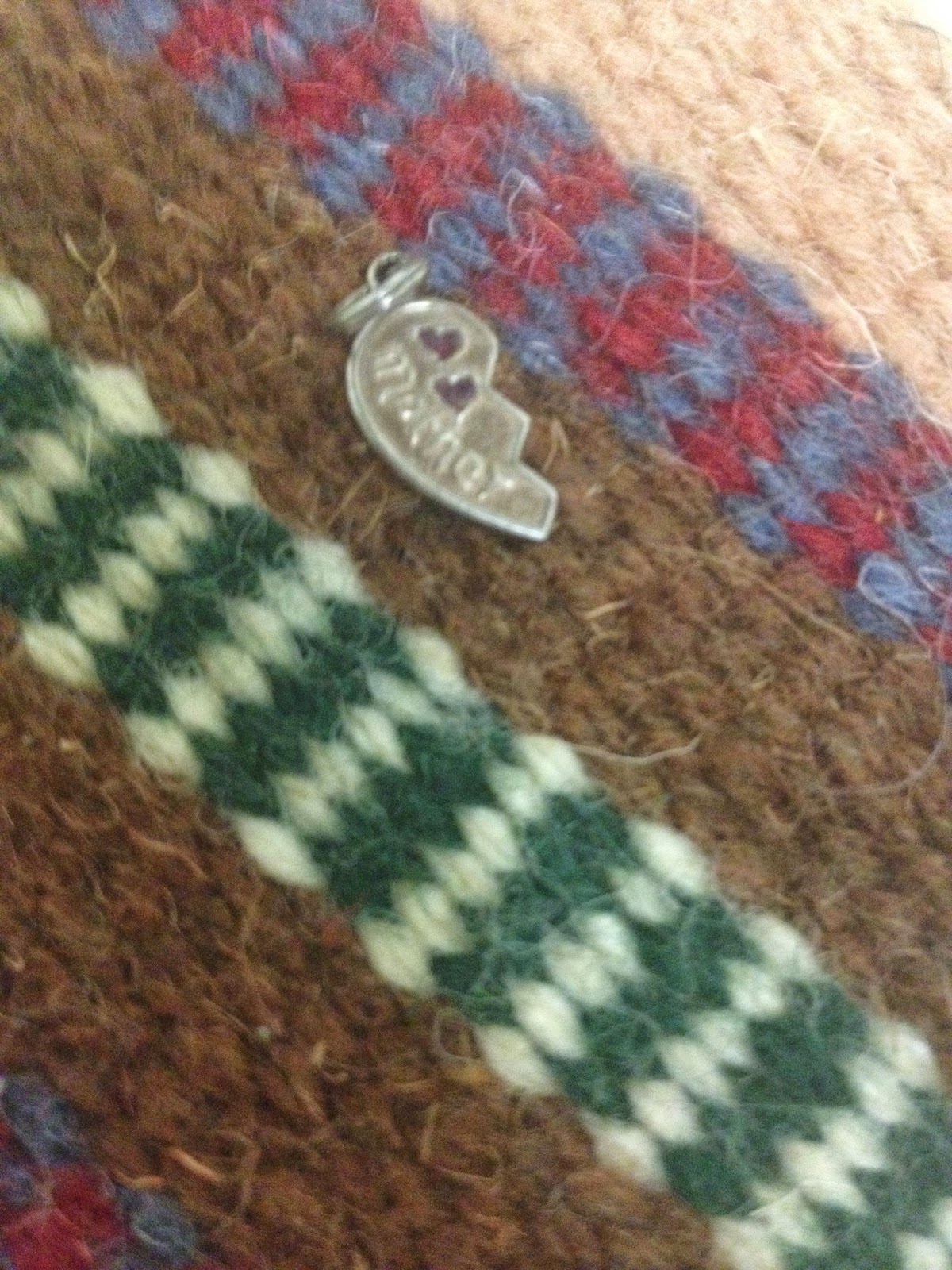 The other details are fuzzy, but I remember closing my eyes and trying to pretend this wasn't real. There was still a chance this was a dream. Whenever I hear "I will remember you" I can close my eyes and go RIGHT back to that seat at her viewing. I smell the formaldehyde and flowers, and feel the overwhelming sadness.
Once 8 o'clock hit it was time for everyone to leave. I stayed until the end, until they were going to take her body. I protested and tried to stay. I didn't want her to be taken. I wanted to sit with her there for the rest of  my life. How do you say goodbye to your mother? How do you look at her face and know you will never see it again? Tears just stream down my face thinking about it. I would give anything to go back to that moment right now to see her one more time. 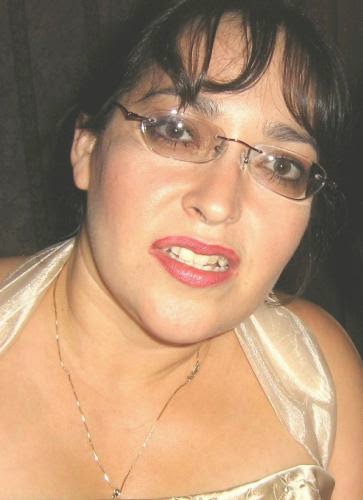 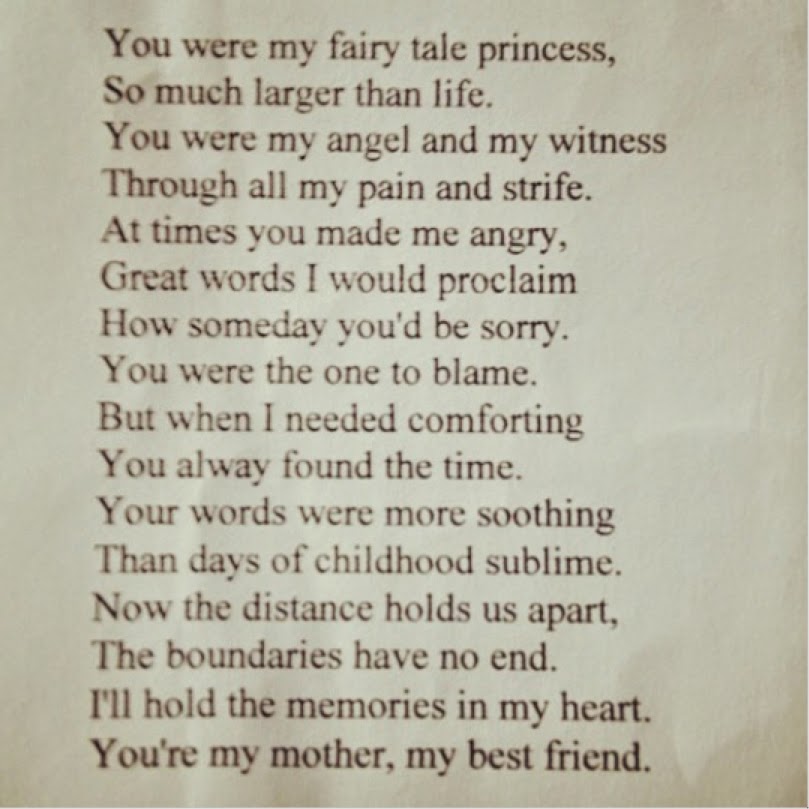 Email ThisBlogThis!Share to TwitterShare to FacebookShare to Pinterest
Labels: depression, mama, that night 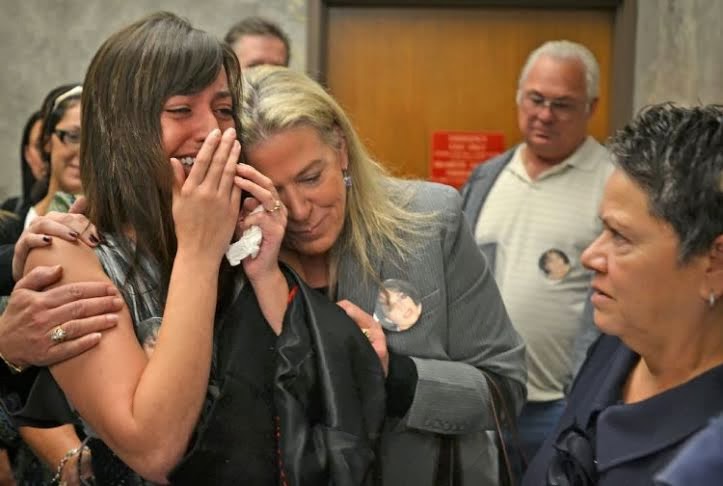 This picture is me finding out my Mothers murderers sentencing. I'm smiling and crying at the same time. I'm SO HAPPY the photographer from the Long Beach Press Telegram got this image. This sums up all of my emotions about that night. Smile because it could be worse, cry because she is gone. The judge read the sentencing in the court room but I didn't understand what he meant. This is the prosecutor explaining it to me. (Note: she is NOT my attorney, I wasn't allowed to hire my own. This was a crime against the state of California, NOT ME. She was representing the state, NOT ME or my family. This was made very clear. The murderer could fire as many public defenders as she wanted, but I had to take whatever the state gave my family. We went through one mistrial, but this prosecutor was amazing, I'm so thankful. )

when life was normal

I had a dream I was at my moms house, the same house she was murdered in. I used to dream about her there and would start kicking and screaming in my head until I woke up. I was THAT traumatized by the house. I couldn't even visit it in a dream. If the dream started out good I would think, "maybe I should try to stick around here and see what happens?" but NOPE, I couldn't allow it.
Now I can dream about her at her house, or anywhere really. I remember the dialogue in my head during the dream "Wait, my mom is dead? OH NO.. she can't be.. she is here. OH MY GOD!"
Before this happened I don't remember ever having a conscious thought in my dreams. It is so weird to be in a dream looking in the mirror pinching yourself trying to wake up, and then waking up screaming. But this wasn't one of those.
I just remember sitting on the floor and wrapping my arms around her. I wasn't crying or emotional, I was just so relieved. Life is NORMAL AGAIN. She wasn't murdered!! I'm in her house, I'm not scared, it is magical. It is beautiful. The smell, the feeling of my arms wrapped around her, I can still feel it now. Her hair, her eyes, just her. My mom! NEXT TO ME. Can you imagine? I can't now, but in my dream.. it was so real. I can almost feel it. I cried on the way to work, and I cried on the way home. I wish I could live in the good dreams forever. I miss her so much, I don't even know how I can stand it. How am I still here?